“Binarizing” food fails us all

‘Binarizing’ is our new thing. There’s no longer any ‘grey’, ‘sometimes’, or ‘depends on the circumstances’. Everything must be one thing or the other. You must be a Remainer or Leaver, a ‘Yes’ or a ‘No’, and your attitudes towards race, religion, economics, diet, animals and who should win the Great British Bake Off are revealed by that one simple choice.

Food has not escaped. All foods are now ‘good’ or ‘bad’ for us.

Currently, all animal products are officially ‘bad’. They give us cancer, heart attacks and strokes; why Macmillan Cancer Support even jumped on the bandwagon and held a sponsored ‘Meat Free March‘.

Farm animals also use all our water, damn ’em, hence various water companies have been advocating cutting back on meat, seemingly convinced by NGO Waterwise that it’s the right on thing to do (cue hasty retractions from Welsh Water among others).

And farm animals are destroying the planet by ‘belching toxic methane into our environment contributing up to 51% of greenhouse gas emissions’ according to a number of pressure groups who shall remain nameless simply because I don’t want to give them any more publicity on top of the ill-gotten profile they’ve already secured through their abuse of science.

But life is simply not that simple.

We can satisfy our yearnings for animals to be roaming free in wildflower meadows but that doesn’t feed many people, increases costs (making some foods unobtainable), and has a higher carbon cost per kg of food produced.

We can adopt highly intensive farming as it’s usually the most cost-effective and carbon-efficient, producing more calories and protein per unit of input than any other option. But while food should be affordable, does making it too cheap lead to over-consumption and waste? These systems need to be well-managed too or environmental or animal welfare challenges can arise, for example has the feed been produced from sustainable sources, how is the waste managed to avoid pollution and what is the water footprint? Some people are also intuitively uncomfortable with what they see as the ‘commoditisation’ of animals on more intensive farms, so will widescale adoption of these systems risk hastening any move towards vegan diets….?

…which leads us to plant-based. We can switch to a vegan diet but that’s not the best use of land, losing food production from vast tracts of the world that cannot grow human-edible food. Animal production incurs an element of waste as feed is converted into food, but increasing crop production without animals to eat by-products or produce manure is wasteful too. Cropping is not without its toll on wildlife, and bear in mind that small scale livestock farming provides essential daily income and nutrition to millions in developing countries.

We can stop eating beef, lamb and dairy to lower the evil methane eructations that are allegedly warming the planet (despite consensus that rising methane levels are not coming from agriculture) but much of this production is actually in wetter areas of the country where rainfall cuts water footprint dramatically and land can’t be used for much else – certainly not growing avocados. It would be harder to consume nutrients such as amino acid lysine, calcium and B vitamins in adequate amounts without cattle and sheep making it available for us – plus these animals are superb at recycling plant matter back into soil carbon and nutrients via their giant fermenting vat rumens, supporting rich biodiverse species in the process.

We could reduce pork and chicken, the world’s two most intensively farmed animal species, thus addressing widely expressed concerns about ‘factory farming’ and welfare, but these are by far the most efficient converters of feed into meat hence the recommendations from the UK government’s Committee on Climate Change for swapping beef and lamb for intensively produced chicken and pork.

It’s a mind-blowing and truly wicked problem, and one which has no perfect solution.

The conclusion? We will only find the optimum (not perfect) path by putting aside ideological entrenchment on single issues and looking at the whole problem in its entirely.

We need to abandon our binary ‘good’ and ‘bad’ labelling by system or input or purported impact on health when eating completely unrealistic quantities, and instead analyse the outcomes; all systems and all types of farming can generate a range of outcomes – some good and some bad – and these are affected enormously by how and where the farming happens and the quantities and balance of the resulting food eaten.

And finally, we need to accept there are different ways of achieving the best results – being prescriptive about the methods may satisfy pressure groups, but focusing instead on the end results fosters much-needed innovation and ensures we are focusing on what really matters.

Why we need “SAGEMA” – a “RUMA” for climate change…

Not long ago, here in the UK, livestock farming was being lambasted on an almost daily basis over antibiotics.

Apparently, animals were being ‘pumped’ full of the stuff – we were literally shovelling these precious medicines down the throats of livestock of all shapes and sizes. Furthermore, this was single-handedly causing the crisis of drug resistant infections in humans.

Or so the media reports and activist groups claimed.

Science had very little daylight in these arguments. Careful juxtaposition of figures about antibiotic use in animals next to facts about drug resistant infections in humans hinted at completely unsubstantiated links. Cries that 80% of antibiotics are used in livestock, with much of this as subtherapeutic doses for growth promotion, lazily omitted any geographical context or clarification. Then antibiotic use got confused with the risk of antibiotic residues in food and antibiotic resistance, leading to celebrities like Moby claiming that 75% of global antibiotic resistance comes from animals. Er, no. 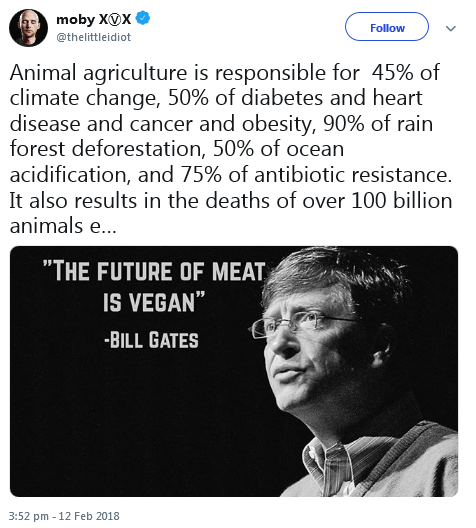 The problem with all this hot air is it was actually counterproductive for a long long time. The livestock industry got itself into such a position of entrenched resistance it wouldn’t entertain that maybe there were some issues that needed addressing.

Wind this forward several years and the Responsible Use of Medicines in Agriculture (RUMA) Alliance, which I am proud to work with, has helped turn this around.

By pushing back against misinformation while taking responsibility where it was needed, RUMA supported the industry in ditching the siege mentality and giving it the space to look at what did need to change.  It helped draw lines between fact and fiction, supported the development of plans to target unnecessary or inappropriate use of antibiotics, and facilitated what has so far been a 40% reduction in five years. Of added help were the experiences of the poultry meat sector, which had made its enlightened move to do this several years earlier.

The industry has now planted a flag on the areas it need to address, clarified the science on the areas it is being incorrectly blamed for (eg, the majority of human healthcare issues with AMR are coming from medical not animal use of antibiotics, but we are part of the equation), and has joined in a more constructive One Health approach with the human healthcare sector and (shortly) the environmental sector.

Longer term, engagement on this issue has ended up being wholly productive. While the UK started from a considerably better place than many countries, we still had many weak spots of unnecessary or even inappropriate use. Addressing these has meant scrutiny of practices and changes to improve the underlying health of animals, biosecurity, infrastructure and management. We now have sector-specific plans in place and are on track to have halved use overall by 2020 with animal health and welfare the worthy beneficiary.

What does this have to do with climate change, you might ask? It strikes me that we are now in almost exactly the same position regarding greenhouse gases as we were with antibiotics several years ago.

The signs are that

a) it is incredibly hard to find accurate facts, with claims lacking rigour and consistency pushed by one side being met with equally skewed figures on the other

b) livestock is becoming the popular whipping boy for the issue to the exclusion of almost every other cause, and

c) the flack is leading to a siege mentality which is becoming completely counterproductive.

And as with antibiotics, if we are to make progress we will d) need to work together and find a range of truly sustainable solutions that accommodate trade-offs, unintended consequences and the vagaries of human behaviour.

So I propose this. Having seen this fascinating post on a New Zealand dairy farmer’s engagement on the issue today, I think UK farming as a whole (because tillage and manures for arable farming are part of the equation) should create a Sustainable Agricultural Gas Emissions Mitigation Alliance (SAGEMA, if you will) to start getting science back in the debate while being open and honest about the issues and failings that need addressing.

And maybe, like RUMA can, in five years’ time we will be able to look back from a far more comfortable and reputationally sustainable position. 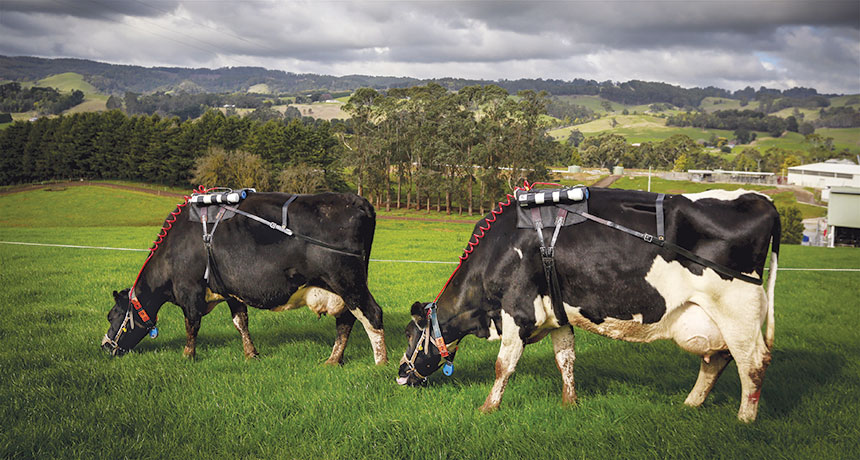